When is a McVitie’s not a McVitie’s, this really takes the biscuit: are we being tough enough on Copycat brands. 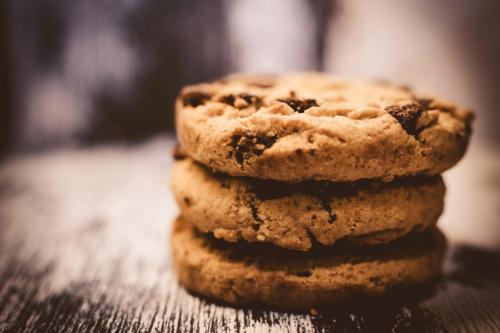 How many times have you gone down to your local shop, picked up a packet of your favourite biscuits, in my case a packet of McVitie’s chocolate digestives, only to arrive home and to find that you’ve been ‘duped’ into purchasing a look alike, or copycat brand. Dipping a hard-earned biscuit into a nice cup of tea, at the end of the day, is practically a national pastime, and the enjoyment ought not to be interfered with:

A ‘copycat’ brand arises as the result of the imitation of the key characteristics of another popular brand, or more likely, the brand leader. The marketplace is more saturated with ‘look alike’ products than ever before. Why is this?

From a legal perspective, it is possible for a brand owner to challenge a copycat brand, through either, the tort of Passing Off, or actions for Trade Mark infringement, or Design Right Infringement.

A notable decision came from the definitive 1990’s test case for Passing Off; Reckitt & Colman Ltd v Borden Inc [1990] 1 All E.R. 873. Reckitt, sold lemon juice in plastic yellow container shaped like a lemon, marketed under the brand name JIFF. They successfully challenged Borden, who produced lemon juice in a similar lemon-shaped plastic container, which was slightly larger with a flattened side.

This leads to the question, why if these legal remedies are available, is the trend of copycat brands rising?

First, there is a strong tendency for protagonists to settle these disputes outside of Court. This creates a vicious circle where new legal decisions or precedents are not made, which leads to greater uncertainty as to the state of Intellectual Property holder’s rights, which in turn discourages Intellectual Property Rights holders from taking the risk of going to Court.

The second cause, which perhaps may have been generated by the first, is that the current method of assessing similarity between brands is taken from the perspective of ‘relevant consumer’. Generally, the ‘relevant consumer’ is taken to be an ordinary, reasonable observant person. This approach could lead to a large section of the population, who are most likely to fall victim to copycat branding, being unprotected. In the United Kingdom, we have an aging population and we have some sections of the population who suffer varying degrees of mental impairment and or visual impairment. Perhaps the law is not doing enough to protect the most vulnerable, who are more likely to be confused by similarly branded products.

What is apparent from the current situation is that maybe it is time to reassess the current state of the law in this area.

It could be suggested that the best way to break this deadlock would be to give power to the consumer, after all the underlying rational behind Trade Marks is to protect the consumer just as much as it is to protect the brand owner. Indeed, in 2006, the EU overhauled consumer protection legislation that related to copycat brands, with a view to giving power to the consumer. However, there was a bit of an anti-climax, when it was introduced in the UK in 2008, the government stipulated that only Office of Fair Trading (which has now been permanently closed) and Trading Standards could enforce the provisions. Trading Standards have since stated that they do not have the resources to tackle the growing problem.

The Moment my Digestive fell into my Brew:

From this, there appears to be only one logical conclusion, if government agencies do not have the resources to act against copycat brands, and it is unreasonable to ask the consumers themselves to stand up to the powerful perpetrators, then perhaps it may be the best course of action to bolster the position of the brand holders, so they are better equipped and have the tools to stop the copying of their rights. The proactive management and protection of Trade Mark portfolios, is the most assured route.

Perhaps then, in a more perfect world, I will never again have to suffer the disappointment of buying biscuits that are not ‘fit for purpose’!

Here at Albright IP, we are passionate and determined to protect the legitimate interests of brand owners, and at the same time safeguard the interests of consumers.