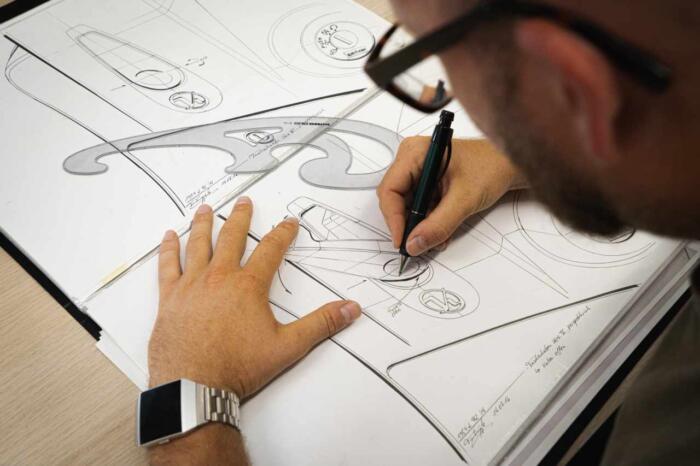 Unregistered design rights in Europe and the UK can provide useful and quite powerful additional tools for the IP owner. Since the United Kingdom is no longer part of the European Union, and as such the United Kingdom is no longer covered by (European) Community Registered or Unregistered Designs, this article briefly picks apart the differences between the European and UK unregistered designs and outlines some action steps at the end.

If you already had an EU design on 31st December 2020 then you get, automatically and for free, a UK registered design as well.

However, from now on, to get registered designs covering the UK and EU, you need to file registrations in both territories.

So far, not too complicated.

Since a design can be for the appearance of part of a product, any given product is theoretically protected by an almost infinite number of unregistered designs. Even where registrations have been obtained, design owners frequently rely on their unregistered rights as well, since the pleaded unregistered design can be tailored after the event to focus on the parts which an infringer has copied, ignoring differences in other parts.

Community Unregistered Designs, like the registered ones, now no longer apply in the United Kingdom. However, the UK has introduced:

The above-mentioned UK Supplementary Unregistered Design is in addition to the UK ‘Design Right’, another unregistered right peculiar to the UK which predates the EU harmonisation of design law and which has been retained ever since.

So on the face of it the approach is one of continuity.

Before Brexit, we had:

After Brexit, we now have:

But what actually is the law?

However, there is a catch.

This is because the EU Regulation has never been clear as to whether Community Unregistered Designs can arise if a design is first disclosed outside of the EU.

Although national courts, notably in Germany and the UK, have grappled with the issue, there has never been a clarification at EU level. The Intellectual Property Enterprise Court in Beverly Hills Teddy Bear Company v PMS International[1] actually referred the question to the Court of Justice of the European Union (CJEU) just before the UK left the EU, but the case has since settled and so the CJEU will not now give an answer on that reference.

The UK Government seems to recognise this uncertainty, since advice on the UKIPO website says (my emphasis added):

The guidance on the EUIPO website appears to support the view that first disclosure in the UK (or anywhere else outside the EU) will not establish UCD. However, guidance on government websites does not have the force of law in the UK or in the EU. Rely on it at your peril.

The UKIPO seems to think though that it can be unequivocal as to the new Supplementary Unregistered Design (SUD) (my emphasis again):

‘First disclosure in the EU will not establish SUD. However, it may destroy the novelty in that design, should you later seek to claim UK unregistered rights.’

Reading the Government’s website, you might think that in the process of amending the EU law to bring it into UK domestic law post-Brexit they had taken the time to clear up the uncertainty. Alas, the amendments made to the EU Regulation in the inelegantly-titled ‘The Designs and International Trade Marks (Amendment etc.) (EU Exit) Regulations 2019′ do no such thing[2].

At some point, the EU and UK courts will have to decide what it all means[3], and there is now no guarantee that courts in those different jurisdictions will come to the same conclusion.

On the face of it, inconsistent interpretations would create a very non-level playing field in one direction or the other, and ideally ought to be followed up with diplomatic and legislative action to resolve the inconsistency.

Loss of EU unregistered rights might be mitigated to some extent by an increasingly wide scope given to copyright law by the EU courts, an approach which seems to me unlikely to be followed by the UK. That’s a whole other story.

So what to do?

For now, what are designers to do? Here is our advice:

[2] Indeed, the government does not have the power to make regulations to clarify unclear EU law. Amendments can only be made for the purposes set out in s. 8 of the European Union (Withdrawal) Act 2018

[3] Though it is remarkable that we have come this far, on a regulation from 2002, without the question being referred to the CJEU; perhaps we will all just live with not knowing what the law is for another 19 years

[4] Though by no means one which will certainly succeed