US Patents – Points to Consider Before Filing 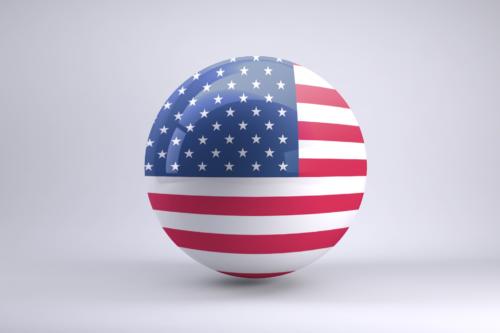 US patents are different in form and layout to European patents and UK patents. In this article, we aim to explore some of the main differences and therefore how to minimise costs both during the filing process and also during the on-going prosecution.

Therefore, if the US patent application is your first patent application, you will typically not receive a worldwide search report until 18 months after filing. The downside with this is that overseas counterparts, such as filing to protect your invention in Europe or the United Kingdom, must be submitted within the first 12 months after submission of your US patent application. As such, if there has been no formal search conducted, you could be filing ‘blind’ without any knowledge of earlier prior patent applications that may impact your novelty and inventiveness.

In light of this, it is preferable to conduct a thorough pre-application search prior to your first filing, assuming you are first filing your patent application in the United States.

Pre-application searches can be conducted on the freely available Espacenet database at: https://worldwide.espacenet.com/advancedSearch?locale=en_EP

Alternatively, a professional patent search company can be used, and most patent attorneys will be able to provide this service at a reasonable cost.

When you are ready to file your US patent application, it is beneficial to bear in mind that the official fees will be increased for claims in excess of the first twenty.

Furthermore, if there are more than three independent claims (which are claims having no prior dependency on any earlier claim), then again further official fees will be due.

As such, if the number of claims can be limited to twenty with only three main claims or less, the official fees payable to the USPTO (United States Patent and Trademark Office) will be minimised.

Additionally, it is also possible to have more than one main apparatus claim in a US patent application, unlike with a European patent or a British patent. Consequently, each main apparatus claim can be directed to a slightly different aspect of the invention. However, bear in mind that if the claim language is too diverse, then the US Examiner may well argue that the patent application relates to different inventions, and may insist that the claims are split out into separate standalone patent applications. This obviously results in an increase in costs, and thus may not be ideal.

Continuing to look at the claims for a US patent application, in Europe and the UK, the later claims in a claim set can depend or relate to one or more preceding claims. One will typically see phrases at the beginning of claims in European patents and British patents along the lines of :

“A widget as claimed in any one of the preceding claims, wherein …” or

These are examples of claims with multiple dependencies, and are perfectly acceptable under European and UK patent law, providing they are worded correctly. However, although these can be used in the US patent system, they do incur larger official fees and thus are not common. Consequently, for a US patent application, the claims will typically be worded to only depend from claim 1, for example:

By wording your claims accordingly when filing, this will save time and costs.

The drawings of a US patent application must also show all of the features of the claims. If they do not, then an objection will be raised during examination. The offending claim could potentially be cancelled during examination to overcome this issue, but it is preferable to look at this aspect prior to filing to avoid such a situation arising in the first place.

The next important point to consider is the actual terminology used in the claims. Often, phrases involving the term ‘means’ are used in the claims of a US patent application. Whilst ‘means’ language is perfectly acceptable in a European patent and a British patent, and confers a broad meaning, it can be held to be much more limiting in the United States.

Often, a ‘means’ phrase will be held to be limited to exactly what is described in the US patent specification and little or no more. This can be unduly limiting for the inventor, especially when seeking to enforce the patent right or when seeking a licensee or assignee for the patent. In this latter case, unduly limiting terms in the granted patent can result in the potential value of the patent being dramatically decreased.

Consequently, before filing your US patent application, carefully consider the claim language especially if phrases are used which use ‘means’ terms.

Finally, when filing a US patent application, a combined Declaration and Oath is usually required, along with a Power of Attorney if a legal representative is being used. If the patent application is to be assigned to a company, for example, then a formal assignment document will also be required.

By organising these documents in good time so that they can all be filed at the time of making the submission of the US patent application to the USPTO, further late filing fees can be saved.

The above points provide a broad overview of some potential cost- and time-savings to be had when filing a US patent application, and also provide some comparisons with European patent applications and British patent applications. However, these are for guidance only and are not intended to be construed as legal advice. Each case should be carefully examined based on its merits by a qualified legal advisor.