Negative associations: Dogs eat but they are not allowed to ‘dine’. 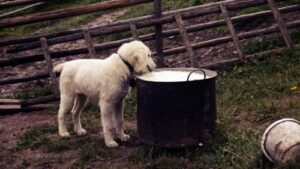 In a recent decision at the High Court of England and Wales it was stated that dogs are not capable of dining, and that they merely eat. This was noted in the case of Azumi Ltd v Zuma’s Choice Pet Products Ltd [2017] EWHC 45 (IPEC). From the outset, it should be noted that this off-the-cuff observation about the eating habits of our canine best friends, is probably not the sole or indeed main reason behind this important decision.

This case is another example of how the scope of registered trademark protection is continuing to evolve, and it centres upon reputation.

Azumi Ltd is the registered owner of the UK Registration No. 2283791 and EUTM Registration No. 10449486 for the word ZUMA. The registrations protect the name of their restaurant chain, comprising highly-regarded Michelin starred Japanese izakaya-style eateries, frequented by celebrities. Azumi brought a claim of trademark infringement against Zuma’s Choice Pet Products Limited, who had intended to manufacture and retail high quality dog food, using the word ZUMA and the phrase DINE WITH ZUMA.

The presiding Judge construed that the ZUMA trademarks is issue were identical, and that DINE WITH ZUMA was confusingly similar to Azumi’s prior mark, considering the dominance of the ZUMA element.

The respective trademarks were not intended to be used in respect of the same goods or services, but it was alleged that using the word ZUMA with respect to dog food had a negative impact on the reputation of Azumi’s restaurant brand. It is now well established within the UK and EU, that a trademark protects more than the essential function of the Mark, namely identifying the origin of the goods, but also protects additional functions. One of these additional functions is protecting the reputation of a Mark.

In this case, the presiding judge took the view that the average consumer may construe a link between the restaurant and the dog food brand, as both relate to a high-quality product. This link would have the combined effect of allowing the dog food brand to trade off the previously existing reputation of the restaurants, and would have a detrimental effect of tarnishing the reputation of the restaurant brand, by forming a negative association with dog food. The court reached the conclusion that no matter how superior in quality the dog food is, the association that a customer will make between human and dog food, will have an adverse effect upon the pre-existing established rights and reputation.

The case also raised the issue of the ‘own name’ defence to trademark infringement, referring to the name of the respondent’s dog, (Zuma’s Choice Pet Products Limited), which is ‘Zuma’. The Judge observed that the own name defence, whilst being a valid defence, does not extend beyond natural persons, for example not to companies or animals.

The experienced trademark team at Albright IP can advise you on how to register your rights, and how to safeguard or exploit your reputation. We are continuously watching for new developments in relevant law and practice so that we can pass wisdom on to you, however, for us it remains a moot point whether man’s best friend is capable of dining.