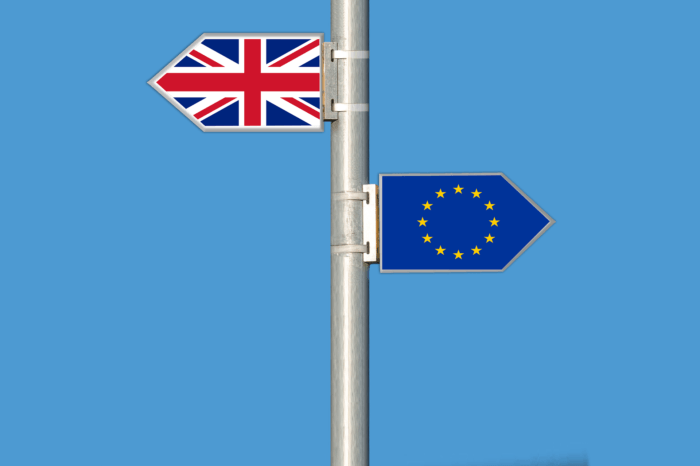 At the time of writing, the UK Parliament is continuing to debate the terms upon which the United Kingdom and Northern Ireland will leave the European Union. In light of this, the deadline for the draft withdrawal Agreement to be signed, has been extended to 31 October 2019. Beyond this, providing ‘a deal’ is signed, a transition period will run up until end 2020.

Regardless of whether a modified version of the Withdrawal Agreement is negotiated, it is unlikely that the current draft proposals/terms relating to IP rights will change.

Here are some key points to consider in anticipation of the post-Brexit proposals:

As Brexit approaches, IP owners should be taking pro-active steps to ensure that their rights are well-managed and adequately protected. Whilst Patent owners and Applicants remain largely unaffected by the unfolding Brexit scenario, owners and Applicants of Trade Marks and Registered Designs should actively safeguard their interests, by paying attention to the action points outlined above.

Whatever happens in the lead-up to and indeed after Brexit, Albright IP will continue to offer expert advice to our clients, and we will be moving forward and adapting our practice, to ensure that the most appropriate, most comprehensive and cost-efficient IP protection is put in place in the UK and the European Union.

Julia is a very experienced practitioner and a Trademark Partner. She is able to call upon a wealth of knowledge acquired in-house and in private practice; making her well-placed to provide informed, commercial advice in relation to the issues at hand. Julia qualified as a British and European Trademark Attorney in 1991.

How to Avoid Litigation with a Patent Office Opinion

A non-binding Opinion on the infringement or validity of a granted UK patent or a European patent designating the UK is obtainable from the UK Intellectual Property Office. The Opinion service is a cost-effective way of establishing whether a patent is …

Another warning from the High Court: The Law Protects Against Unjustified Threats of Trademark Infringement

Christopher James
16:59 20 Jan 20
Choosing Albright IP was one of the best decisions I have made. Adrian and Cloe have both helped me tremendously so far, they are very professional, friendly, prompt and always there to help and answer any questions. Katie Oliver has also been wonderful assisting with the trademark. Thank you all and looking forward to continue to work with you.read more

Richard Hearn
16:05 22 Nov 19
Excellent professional advise and extremely honest and upfront people. Many thanks Adrian and your team!

Brian Gibbs
07:32 23 Aug 19
I have absolutely no hesitation in recommending Albright IP Ltd having received superb service and support throughout. Every query I raised was dealt with professionally and very quickly by Will who provided fully detailed and regular updates as well being approachable and friendly at all times. I have full confidence in Albright IP!read more

Warren Philbey
10:54 18 Jul 19
From the first call I had a great feeling, polite, friendly, informative and professional. From then it just got better and after a great deal of help and support in understanding our needs we contracted with Albright and they did a fantastic service, exceeding any expectations and proving themselves to be a truly wonderful company to work with. 10 stars! A big thank you to Adrian and his team.read more

Terence Hodgson
23:06 12 Jun 19
I have not had reason to contact Albright for several years since the granting of my Patent but quite recently I did get in touch. It was as I remembered, friendly, professional, honest and informative. It appears that Adrian and the Albright team are there for me no matter the length of time. T Hodgson. UMU HSA Ltdread more

Paul Sims
12:40 12 Apr 19
Adrian and The Albright Team are Professional and Helpful. It has is a real gem to found such great people to act as part of my extended legal team regards Patents. I am pleased to recommend and have them represent my Registered Patents. Thank you. www.thebluebearpartnership.comread more

Nick Ball
19:16 12 Mar 19
High quality service at a reasonable price. With Albright you feel you're in very good hands. Marc was always courteous, responsive, well informed and generous with his time. I would have no hesitation recommending Albright or working with them again.read more

Simon Bradbeer
11:37 05 Feb 19
After leaving a well known London based attorney Albright IP were recommended to me by a colleague within the group. Since then Adrian and his team have consistently given me superb advice and support whatever the project. With their help the company has been granted a number of robust patents, registered designs and trademarks.read more

Scott Johnson
14:59 11 Jan 19
I have known Adrian Hocking for over 10 years. The service he and his colleagues offer is professional, transparent and friendly. If you have an idea that is either completely new or you think is a step-change from what is currently available, I recommend that you contact Albright IP.read more

Hannah Azar
11:10 24 Dec 18
Adrian is an exceptionally talented and experienced patent attorney. I was very impressed by the quality of work produced by the team at Albright. A fast, helpful and friendly service.read more

Simon Folmann
21:32 26 Nov 18
Adrian Hocking and Albright IP have offered us excellent service, and expertise over the last 12 months. They explain in detail the processes, implications, and opportunities with obtaining and securing Intellectual Property and for a Product Development company such as ours, it is crucial that the terminology and quality of work be above industry standard. I can with high confidence say, that the delivered work so far from Albright IP and their team, is unparalleled to prior partners we have had in IP; and I am sure it will continue to do so in our future endeavours together.read more

Mike N
16:14 08 Oct 18
Albright-IP - We can highly recommend Albright-IP, after contacting several patent companies prior to application - we were after a patent company to offer realistic and practical advice, be able to process our claim from start to finish, After speaking with Mr Doherty on the telephone we decided Albright -IP would be able to offer the skills and knowledge required for our application and asked them to represent us. Albright-IP were on hand to explain the complexities of the process and how our claim may or may not be defended in the real world, Mr Will Doherty is our patent attorney, he was professional and attentive, his knowledge and customer service is very good. We are confident our patent application is in good hands and we are pleased to have Alrbight IP there to assist us with our application, without their input we may well have been wasting our time due to our lack of knowledge in this complex matter.read more

Jeffrey Chua
08:47 14 Sep 18
We worked with Albright IP Limited on patent applications in EU and UK, specifically through Cloe Loo. Cloe and her team have done a fantastic job. We were glad to have assistance from Albright on our patent application journey. I am impressed by the team's professionalism and we will be engaging Albright to be our long-term legal adviser in patent applications.read more

Graham Kelly
17:49 07 Sep 18
I have a granted patent! thanks to Will and the team at Albright. 👍 Friendly and helpful service, it's great how they can very quickly grasp the required understanding of your idea and put pen to paper and draft a patent. Will was great at pointing out what are valid aspects of my idea and taking me through the process of what that means in patent language! A few more steps to go to hopefully gain the overseas coverage. 😊read more

Geraint Morgan
09:44 21 Aug 18
Albright IP provided an excellent, efficient, affordable high quality service that made the whole patent filing experience an enjoyable one - contrary to previous experiences. We are certainly more likely to consider patenting our innovations in the future based on our recent experience and would highly recommend Albright IP to others.......read more

Don Spence
12:07 09 Aug 18
Filing patents can be a steep learning curve but Adrian does an excellent job explaining the process. Adrian and his associates are easy to contact and they will always answer your questions. Money and cost are important and the Albright team do their best to make sure your $$ is spent in a wise fashion. After working with Albright for 6 years, I am happy with their work and I have no reason to change companies. My many thanks for professional service.read more

Graeme Allison
22:54 31 Jul 18
Adrian and his team provided and excellent service, their technical understanding is fantastic and patent advice has been impeccable, I’d highly recommend Albright IP should you be looking for patent expertise.read more

Mark Hendriksen
16:12 17 Jul 18
Exceptional. Guided me through the process in clear understandable steps. Hoping we have a long and successful future ahead with the patents they've so expertly managed for me so far.read more

jing cheng
13:12 19 Jun 18
I contacted Adrain for advise in a short time frame. He is very professional and clear about price policy. He has very good understanding of online business and IP law. He is very quick responding and speakes the language I understand. Highly recommended.read more

Lorenzo Rimoldi
12:44 07 Jun 18
Adrian was very helpful, upfront and clear on processes, costs and timeline. He's very professional and proactive in his involvement and support. I would definitely recommend Albright IP.read more

Mohammed Deria
04:06 01 Jun 18
Adrian is a true professional at the top of his field! Due to his background in engineering, Adrian effortlessly understand the needs of his client even when it is highly technical in nature. An attentive ear and huge generosity with his time, Adrian's support to us as a client has been extremely valuable. I would highly recommend Adrian and the team at Albright IP for protecting your IP.read more

Guy Procter
17:36 21 May 18
What can I say, excellent help so far! Very clear and helpful service, explained in terms you can understand covered everything I thought I needed and then some more to give me all the options available. More than willing to recommend Albright IP.read more

Kirishan Siva
09:14 17 Dec 17
The Albright team were extremely helpful and knowledgeable in the whole patent process for our product and went through each process in registering patent to help us understand this fully. Highly recommend Adrian and team for their knowledge, efficiency and professional service!read more

Jade Baron
16:05 25 Nov 17
Adrian Hocking at Albright handled my recent patent application. I've been very happy with his service. He was very responsive to my questions and explained everything thoroughly. He was very supportive of my idea and consistently positive, which was also helpful. Albright has relationships with various other businesses that help inventors, so it's kind of a like a one-stop-shop. Highly recommend.read more

Meopham Fencing
15:27 08 Nov 17
Great advice and customer service at a reasonable price. They have enabled us to finalise our case satisfactorily. Would happily recommend them and use them again.read more

James Garritt
09:17 17 Oct 17
Adrian and his team have been fantastic in all works asked to do. They have ensured my idea has been protected in every way. They have helped with the design process also and I could not wish for a better team. You may be paying a little more than you feel is expected....but you get what you pay for and you probably save money in the long run. Highly recommended.... use without worry.read more

Tony Laycock
16:06 02 Oct 17
I have found that the company has given me excellent service in getting my patent through the process. Every time I have had a phone conversation I have felt I was given plenty of time to discuss what was happening. Along with sound advice I have been able to make great progress. In my opinion it is one of the best companies I have ever dealt with and would be happy to recommend them.read more
Next Reviews

You should register your Trademarks in the form(s) that you use them. If you use a word and a Logo, the strongest protection is usually gained by registering both.

(use for all correspondence)