Get ready for an UPComing UPheaval in European Patents 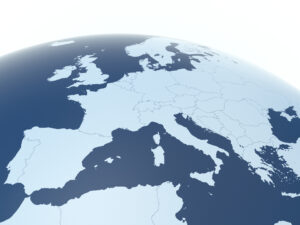 Change is on the horizon for the European patent system.

How the system works now

Typically, patent owners decide to convert their European patent in only a handful of the possible 38 European countries – usually their most important markets and/or country(ies) of manufacture.

A New Option On The Table

On 18 January 2022, Austria deposited its instrument of ratification of the Protocol on Provisional Application of the Unified Patents Court. This started preparations for two new but interconnected systems which will most likely be coming into force in 2022: the Unitary Patent (UP) and the Unitary Patent Court (UPC). All that remains for these two systems to come into force – in addition to lots of paperwork and planning behind the scenes – is for Germany to also deposit its instrument of ratification; expected as early as June 2022, although as of 10 June 2022, nothing has happened yet here. Watch this space.

Looking at the Unitary Patent first, the process up until grant of a European patent by and large remains the same as the current system. After grant however, a patent owner can either opt for the “classic” national patents mentioned above or a single, new patent under the UP.

The details are still being worked out but to date, it would appear that within one month of publication of the mention of grant, the (or each) patent owner (or their patent attorney) will need to request the conversion into the UP.  Providing all the requirements are met, the unitary patent will be a single patent, administered by the European Patent Office, having unitary effect throughout the countries that have signed up to UP – 17 countries so far out of the possible 25.

Currently, the countries part of the UP club are: Austria, Belgium, Bulgaria, Germany, Denmark, Estonia, Finland, France, Italy, Lithuania, Luxembourg, Latvia, Malta, Netherlands, Portugal, Sweden, and Slovenia. Cyprus, Czech Republic, Greece, Hungary, Ireland, Romania and Slovakia have not yet ratified but this may change in future. Note that the scope of a Unitary Patent is not extended retrospectively when new countries ratify the UPC agreement.

Notable exceptions to the UP club include Spain, Croatia and Poland who have indicated that they will not ratify the UP. As the Unitary Patent is only available to European Union countries, the UK, Norway, Albania, Iceland, Liechtenstein, Monaco, North Macedonia, Serbia, San Marino, Turkey and Switzerland will also never be part of the UP club. If wanting patent protection in countries that are not part of the UP, the patent owner will need to validate their granted European patent under the classic route.

For example, say a patentee wants patent protection for all 17 countries who have signed up to the UP, plus Ireland (which has not yet joined the UP club) and the UK, the patentee has two options:

Option 1 – validate their European Patent in all 19 countries separately under the classic route,

Option 2 – request a UP for the 17 countries and validate their European Patent in Ireland and the UK separately.

Patentees wanting both options could even explore the option of a parent patent as a UP, and a divisional “classic” patent, provided double-patenting issues are addressed.

The Unitary Patent Court is a new court system being set up to rule on actions such as infringement, revocation, and declarations of non-infringement. The UPC will have courts of first instance, notably in Paris specialising in general matters, and in Munich specialising in engineering matters. A third court of first instance, specialising in Biotech/Pharma, was planned for London but this was scrapped following Brexit.  A court of appeal will be located in Luxembourg, whilst the CJEU will oversee all the courts.

All Unitary Patents will be automatically subject to the jurisdiction of the UPC – there is no option to opt out a UP from the UPC jurisdiction. But if no unitary effect is wanted, no need to file a request for a UP.

Requirements to obtain and maintain a Unitary Patent

Certain requirements must be fulfilled to obtain a Unitary Patent:

Pros and Cons of the UP vs classic EP patent

As an applicant of a European patent application, what are the pros and cons of each system?

Considering the Pros and Cons of each system, it is not clear how popular the new UP and UPC will be. Only time will tell. But if you are an applicant of a European patent application, you will need to consider sooner or later which system is best for you and your business!

So start thinking now about which territories are of interest, given the short deadline after grant and the requirements (including preparing a translation of the whole patent) that need to be met by then to obtain a UP patent. If your patent application is close to grant but you find a UP is wanted, delaying grant may be possible so as to be able to get a UP patent.

Conversely, start thinking about opting out now if the UP is not for you.