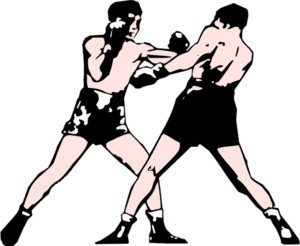 1976 has returned! The UK is experiencing a heatwave of unprecedented proportions, energy prices are through the roof, and Sylvester Stallone is talking to the media about Rocky.

In essence, Stallone is complaining that the rights in the Rocky films are owned by original producer Irwin Winkler, allegedly stating on Instagram (the original post having been removed) that

“This is a painful subject That eats at my soul, because I wanted to leave something of Rocky for my children, but it’s always great hearing from the loyal fans,”

Stallone, as the author of the screenplay for Rocky, will at some point have held the copyright to the screenplay. His ownership over the copyright gave him leverage back in 1975, enabling him to prevent the movie from being filmed until he was cast as Rocky Balboa himself, catapulting Stallone into the public consciousness as one of the most famous action movie stars in the world ever since. According to an interview with Variety, he made around $2.5 million dollars from the deal that was struck. Of course, the trade-off here is that the copyright, and indeed any extant rights in the Rocky character (notably merchandising rights), were transferred to Irwin Winkler. The relevant rights Stallone had are transferred; he sold what he had in order to kickstart his movie career.

Stallone’s retrospective bitterness comes out quite clearly in the Variety interview:

[Variety] You said you’re upset that you didn’t get any ownership of the “Rocky” franchise.

[Stallone] I mentioned it a few times because after “Rocky II” came out and made a ton of money and then “Rocky III” hit and made more than all of them, I said I’d like to have some ownership since I invented it. And that never happened. So I have zero ownership of “Rocky.”

Stallone clearly still considers the general concept of Rocky as his, and this is understandable to some degree. He poured considerable effort into bringing the character of Rocky Balboa to life over many films. Equally, the phrasing here is telling; Stallone came up with, ‘invented’ in his parlance, the character, and considers him “like my brother”. There is an emotional aspect here which cannot be covered by intellectual property rights alone.

Intellectual property rights relate to the commercial exploitation of the works of the mind, but given their transferability, other protections are required. In the case of a copyrighted work, there are provisions to protect the author, in this case, Stallone as the author of the screenplay for Rocky. The moral rights of the author are protected under the Berne Convention and cover:

It is clear, however, that whilst Stallone has some extant rights as the author, they are not the economically valuable rights that he wishes he could pass on to his children.

So far, so sour grapes. Stallone sold his rights and now he doesn’t own them any more. There’s a direct analogue with buying and selling cars, for example, something Stallone should understand well as a celebrity car collector. I have limited sympathy, particularly when contrasted against the many creators of the Marvel Cinematic Universe who have seen little to no compensation from their creations generating billions for Disney.

That said, it’s worth a mention on the topic of patents. Shanks v Unilever Plc and others [2019] reminded us that the UK Patents Act, at least, does provide a mechanism, under section 40, for additional compensation to be granted to an inventor where said invention is of “outstanding benefit” to their employer. The award to the claimant, Professor Shanks, amounted to £2 million under this section.

It is difficult to speculate how something similar could be implemented under existing copyright law, but perhaps there might be a moral argument to be made in favour of creators in the modern world of entertainment, where recognised IP’s are constantly being rebooted or relaunched by major corporations. Sympathy for Sly, however, is in short supply here.