Recently, PlanetArt, the company behind the popular FreePrints app, succeeded in a Trade Mark infringement claim against one of its competitors, Photobox. The infringement claim related to Photobox’s rival app, which, like FreePrints, provides prints of photographs for free.

The High Court judgement ultimately represents a sound balance between the need to recognise and protect the investment of a Trade Mark proprietor on the one hand, and the need to preserve the wider public’s freedom to use inherently descriptive terms on the other.

At the same time, the reasoning behind the case merits scrutiny, as it can act as a useful guideline for app providers and developers, who are looking to establish a strong and enforceable brand identity. 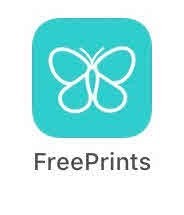 Essentially, the app allows customers to order free prints of their photographs, with the only fee being related to the delivery charges. That is to say, the app does exactly what it says – it provides free prints.

Since its launch, FreePrints has been attracted much success on the Appstore. By the end of 2019, the app had over 11 million downloads in the UK alone, generating substantial revenue for the company.

In April 2019, Photobox launched a rival app, providing a similar service to the FreePrints app, mainly using the following icons: 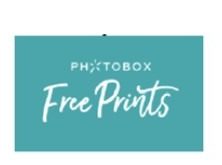 A day before a letter before action was sent to Photobox, PlanetArt applied for a UK Trade Mark for its app icon, displayed above (UKTM. No 3393165). The Mark was granted in August 2019.

When the case eventually came to trial, PlanetArt’s primary claim was based on the infringement of their UKTM Registration for the app icon. Specifically, PlanetArt alleged that the use of the three icons by Photobox was:

Each of Photobox’s icons are considered in turn below, since the judge arrived at a different conclusion for each sign.

This icon is what the customer would see on their own phones, once they had had downloaded the app from the Appstore.

The judge found that there were significant similarities in the aural and visual elements, and some level, albeit more limited, conceptual similarities. According to the assessment, the Photobox icon was a similar turquoise colour to PlanetArt’s Trade Mark, and featured a simple white line drawing, above the words ‘Free Prints’.

In the judgement, it was noted that app icons in similar fields (i.e photo-related apps) tended to feature words beneath the icon, to show brand name or origin, rather than a description of the app or the service provided. As such, the fact Photobox used the words ‘Free Prints’ beneath the icon, without any other wording or signs which might suggest that the app originated from Photobox, appears to be critical to the finding of infringement.

Whilst it was acknowledged that an app developer may be confined by the Appstore’s limits on the number of characters which can be used beneath an icon, from the evidence, it was unclear why the full name ‘Photobox Free Prints’ was not used; despite this being within the 30-character limit.

Based on the above, the use of Icon 1 amounted to infringement of PlanetArt’s Trade Mark on both of the grounds raised, i.e. confusing similarity and unfair advantage/detriment to distinctive character and/or repute.

In contrast, Icons 2 & 3 were held not to infringe PlanetArt’s Trade Mark Registration, since both contained the word ‘PHOTOBOX’ in a prominent position.

According to the judge, the words ‘PHOTOBOX’ was placed in a position and manner whereby consumers would ordinarily expect a brand to be found. As such, the average consumer would place any origin significance on the ‘Photobox’ element, and meanwhile, attribute the ‘free prints’ element, as merely having its ordinary, primary descriptive meaning.

For these reasons, the infringement claim failed against Icons 2 & 3.

Some useful pointers can be discerned from the Court’s judgement:

The judgment of High Court is far from a clear-cut success for owners of descriptive brand names. Rather, it is a clear demonstration of the limits of an inherently descriptive term, and the fine lines that are at play where Trade Mark rights are concerned.

Had the issue not involved a Mark that was an inherently a descriptive term, the results of the decision may well have turned even more in PlanetArt’s favour.

If you would like further information or advice on registering your Trade Marks, please contact the highly experienced team of Trade Mark Attorneys at Albright IP, who will be pleased to advise you further.